Comprised of almost half international students, the team is playing excellent basketball heading into December.

The second season of the Coach Tommy Lloyd era began in November with a 3-game winning streak over the Nicholls Colonels, Southern Jaguars and the Utah Tech Trailblazers.

The Arizona Wildcats dominated their opponents in that span, beating them by an average margin of 28 points. And in the postgame conference after their 27-point victory over Utah Tech, Coach Lloyd talked about the team’s expectations going into the 2022 Maui Invitational Tournament.

“It’s the premium preseason tournament. Basketball-wise, we wanna figure out where we’re at, where we stand,” Coach Lloyd said.

The result? After some exciting games played in the tournament over the Thanksgiving break, the Wildcats won the invitational, and rose from 14th ranked to number 4 in the NCAA AP rankings.

The Wildcats were led by international student Oumar Ballo’s masterful performance throughout the tournament. Ballo secured the Maui Invitational trophy for Arizona, plus the tournament MVP trophy for himself with a 30-point game against the then no. 10 ranked Creighton to win the final.

It’s easy to find optimism going forward in the team’s recent success and last season’s Sweet 16 appearance. But beyond those two things, the unit’s continuity paired with Lloyd’s basketball scheme should make every Wildcats fan hopeful about the team’s chances to reach the Final Four for the first time since 2001.

Lloyd’s Wildcats resemble a modern NBA team: they move the ball, score in bunches, score efficiently and they play fast.

The strength of this version of the Wildcats is that most of the roster can score and handle the ball. International students Azuolas Tubelis and Kerr Krissa lead the team in points and assists, respectively. But as we saw in the Maui Invitational, we have different players that can rise to the occasion and take over games.

These skills will make them an unpredictable and high-variance shooting team in March — setting the Wildcats up to win when it counts, in the NCAA basketball tournament. 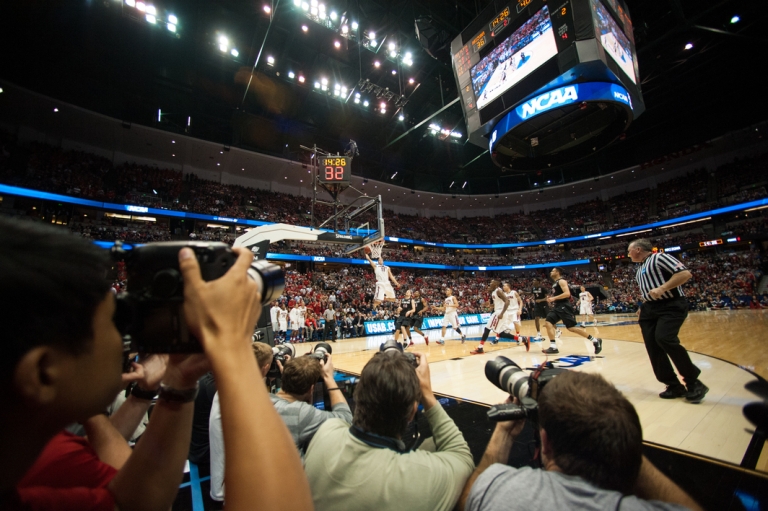 In recent years, the NCAA Tournament hasn’t been kind to the Wildcats, who have failed to reach expectations and have been eliminated by hot-shooting teams. But this current iteration of Wildcats men’s basketball is poised to change past fortunes.

We have one of the most storied programs in NCAA basketball, and now is as good a time as any to show up in full support of the team. Comprised of almost half international students, the team is playing excellent basketball heading into December, with the goal of reaching their peak potential during March Madness to grab a Final Four spot and win it all.