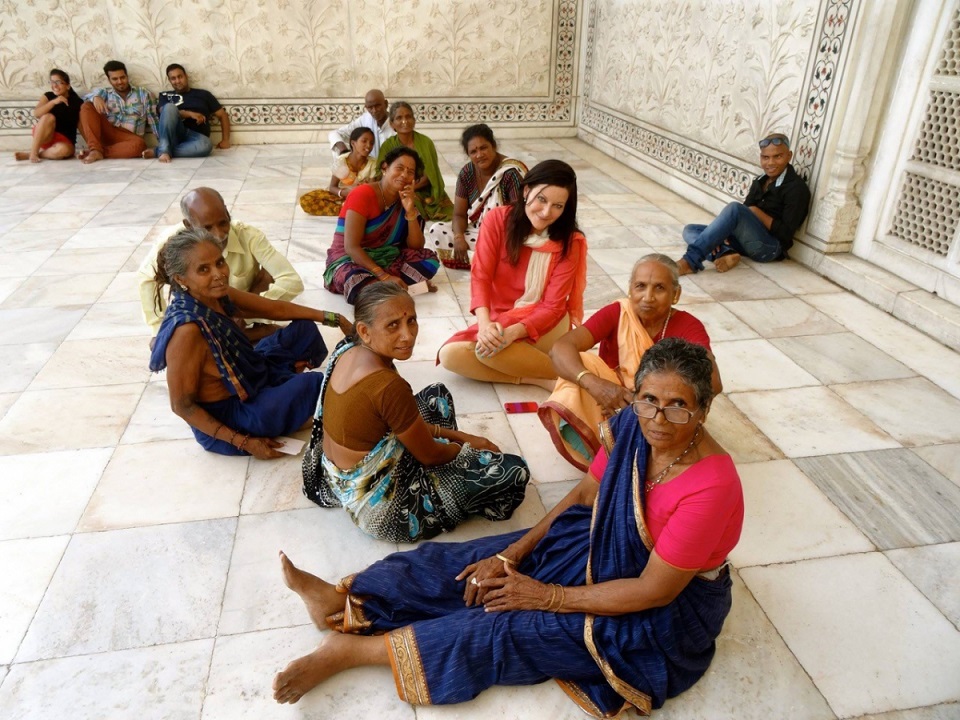 Fulbright Scholars from the University of Arizona (UA) are reflecting on their international teaching and research experiences as Fulbright Week at the UA draws closer. From February 27th through March 3rd, the UA Office of Global Initiatives (OGI), The Graduate College, and the Honors College will host a series of events acknowledging past Fulbright and Fulbright-Hays recipients; presenting workshops, information sessions, and open houses; and informing faculty and students about upcoming Fulbright opportunities.

The Fulbright Scholar Program, managed by the U.S. Department of State Bureau of Educational and Cultural Affairs, offers more than 500 teaching, research, or combination awards in more than 125 countries, providing faculty members with profound experiences they can connect to their courses.

During the 2016-2017 program, two faculty members from the UA were awarded research grants to travel to India. Professor Melissa A. Fitch from the College of Humanities examined Latin American popular culture in India, while Dr. Jeannine Relly from the College of Social and Behavioral Sciences researched India’s Right to Information Act. 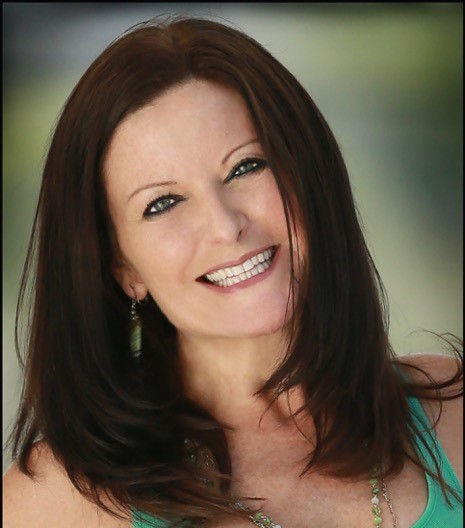 Fitch, a professor in the Department of Spanish and Portuguese at the UA, is currently based at Jawaharlal Nehru University in Delhi, investigating the presence of Latin American and Latino popular culture in contemporary India.

“There are very few Latin Americans in the country, so ideas Indians have about Latin America or U.S. Latino culture primarily come from mass media— often produced in the United States— and increasingly, from social media,” said Fitch. “It is the simultaneous presence and absence that I find so intriguing.”

Fitch was inspired to undertake this research after a Fulbright experience at the Chinese University of Hong Kong in Sha Tin, SAR, China, during the 2011-12 academic year. One evening at a global competition for salsa dancing, she was stunned to learn that most of the teams were not from Latin America or the United States, but from India and China. She instantly realized something culturally unique was happening between Latin America and Asia, and saw an opportunity to advance understanding in this space.

“I realized that I had been missing the elephant—or rather, the elephants—in the room, which is to say, how the countries of Latin America, sometimes alone and other times as part of a block, have recently intersected with the world’s two most populous countries, China and India.” 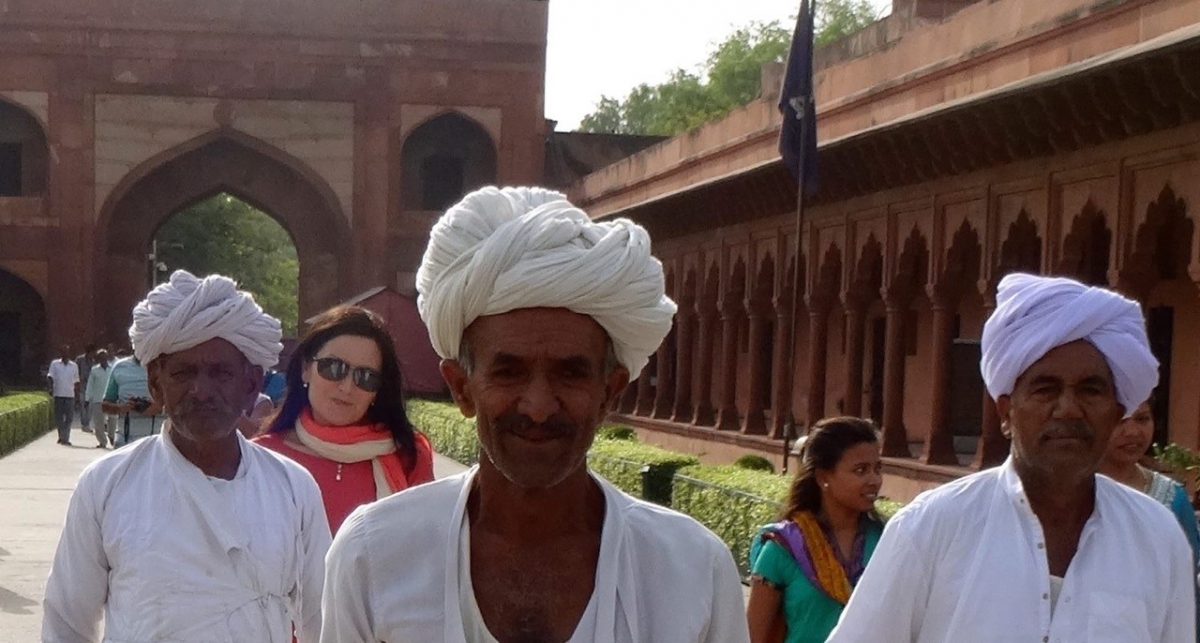 Fitch explained that giving lectures throughout India has made her realize the tremendous heterogeneity that exists in the country. She sees not one India, but many, each with its own language, unique history, and particularities.

“Clifford Geertz once said that man is an animal suspended in webs of significance that he has spun,” said Fitch. “As a professor of the humanities, my role is to bring these webs into view so that we can understand the production and trafficking of meaning, the power relations inherent in structural arrangements, and the distinct social contexts in which meaning is produced and received.”

Fitch established her research and teaching in India by addressing the ways in which meaning is created, sustained, transformed, and challenged around the world. “The learning curve is quite steep. I have been in awe of much of what I have seen and experienced here and deeply moved by the kindness that has greeted me everywhere I have gone.”

Fitch said she plans to incorporate her research into her courses once she arrives back at the UA, and to continually encourage students to apply for Fulbright grants. “The Fulbright program is ideal for students who are curious about the world, respectful of those who are different from them, creative, open-minded, and intellectually courageous. The experience is both profound and transformative. It is life-changing.” 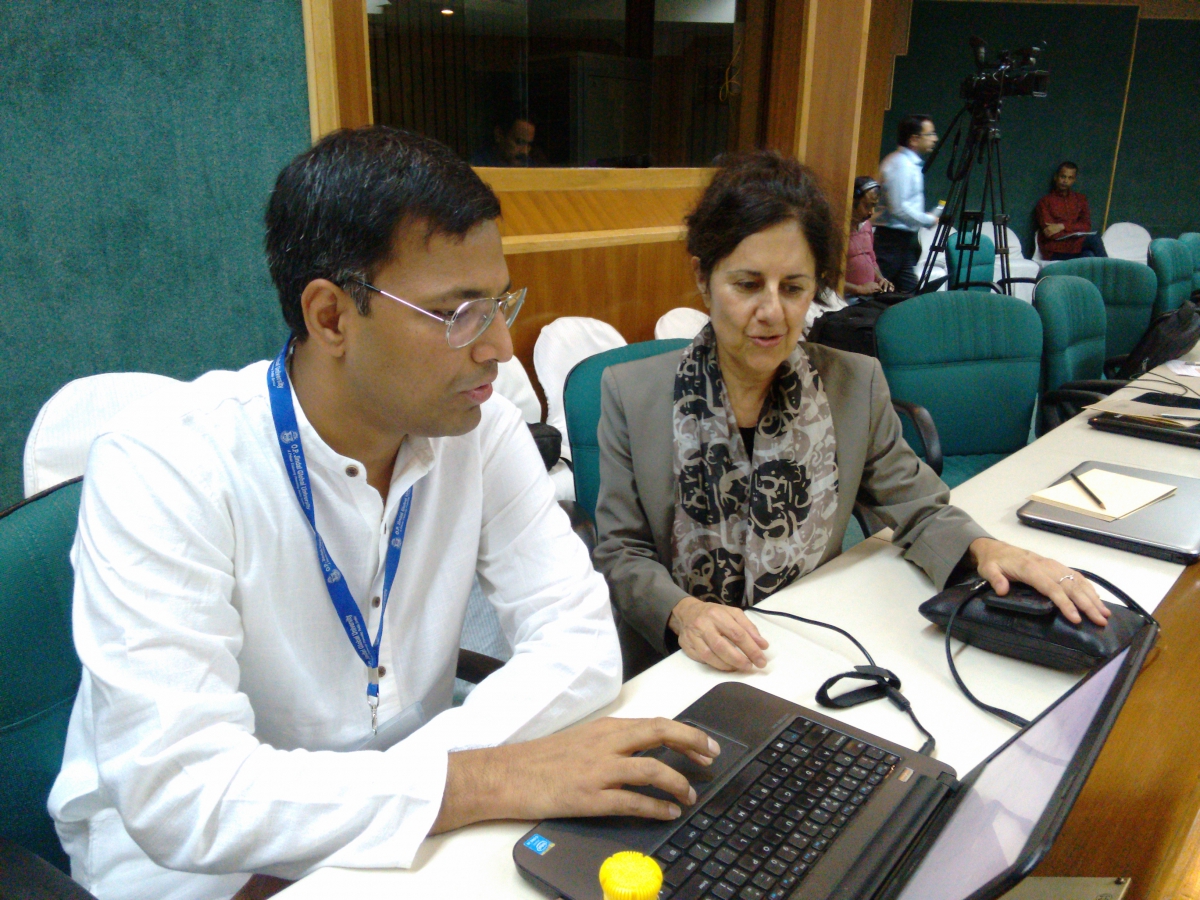 ​Relly, an associate professor in the School of Journalism, spent four months in India studying the use of India’s Right to Information Act by journalists, civil society organization representatives, and social activists. She was affiliated with the Jindal School of International Affairs at O.P. Jindal Global University in the state of Haryana, but spent most of her time conducting interviews in 16 cities, towns and villages throughout the country.

“India has one of the strongest information-access laws in the world among the more than 100 nations that have adopted the legislation, according to legal experts,” said Relly. “Consequently, India celebrates that millions of citizens from across the socio-economic spectrum have used the Right to Information Act to uncover unjust practices, including monies embezzled from food programs for the poor, cronyism in land allotment awards, and companies mining without environmental permits.”

Relly recruited more than 90 study participants from the north, south, east, west, and central regions of India into her research project, which focuses on opportunities, challenges, and unintended consequences of using the Right to Information Act legislation for social change. She said the highlight of her Fulbright experience was interviewing study participants in unique villages, towns, and cities and within newsrooms, non-governmental organization offices, and other gathering places of Right to Information Act advocates. 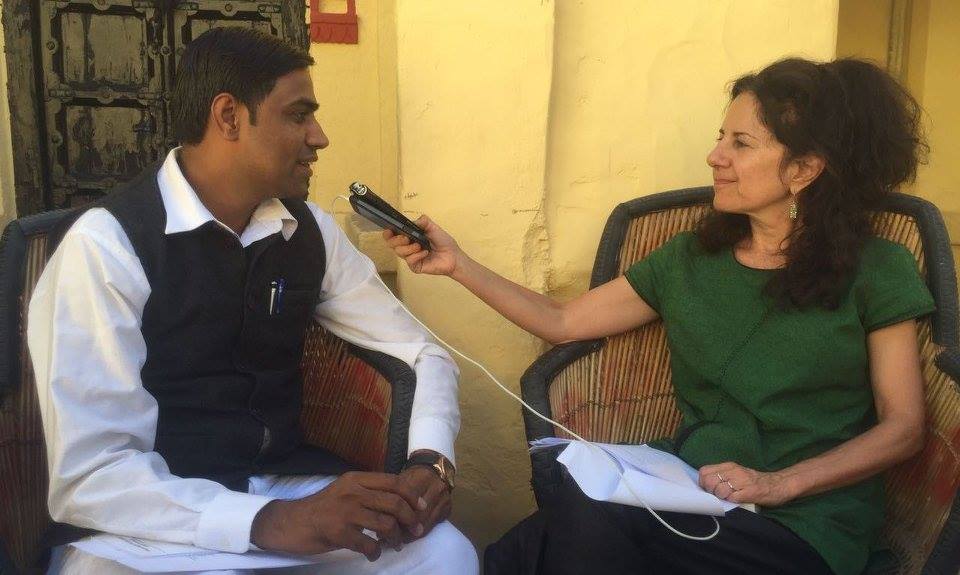 “The country is one of the most vibrant countries in the world to study a long tradition of social activism,” said Relly.

For several weeks, her research took her to the western state of Rajasthan where she interviewed individuals from the early years of sit-ins and social audits of government offices for information-rights and public accountability. She also interviewed journalists and Right to Information activists who are new to the movement.

Now that Relly is back at the UA, she plans to continue to give talks about her fieldwork and has two academic articles in the works.

She credits the UA with helping lay the groundwork for her Fulbright experience. Relly points to Fulbright sessions on campus as useful tools, as well as discussions with fellow faculty members who were former Fulbright recipients.