Seventy-seven students received their undergraduate diplomas from the University of Arizona this summer, not in Tucson, but halfway around the world in Qingdao, China. 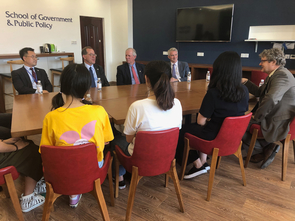 Each graduate earned two degrees: a Bachelor of Arts in Law from the UA and a Bachelor of Laws from Ocean University of China, also known as OUC. The commencement marked the first four-year cohort of UA microcampus students – undergraduate law students dually enrolled in the UA and OUC – to graduate.

UA Qingdao at OUC was the UA's first microcampus. While 77 students graduated in summer 2019, nearly 400 students have enrolled in the program since its inception.

“Looking in the rear view mirror, it is striking how far we have come,” said Marc Miller, dean of the UA James E. Rogers College of Law, who traveled to Qingdao for the commencement ceremony.

“This partnership was built on the belief that strong students could learn the fundamentals of both Chinese law and U.S. law in four years and in two languages. Now, our graduates will share their unique knowledge, insight and skills with academic institutions and employers around the world.”

The program in Qingdao, a seaside city of roughly 10 million people, was established in 2015 as a partnership between OUC, the College of Law and the School of Government and Public Policy in the UA College of Social and Behavioral Sciences, or SBS.

A comprehensive public research university, OUC ranks among the top 50 universities in China and among the top two in Shandong Province. In 2017, OUC was included in China’s plan to build “Double First-Rate” universities, securing significant national and provincial funding, making it an ideal location to establish a microcampus.

“SBS and its School of Government and Public Policy were excited to partner with the College of Law in offering the nation’s first BA in law, and we are very appreciative of Arizona Global and Ocean University in extending this degree’s reach to China,” said John Paul Jones III, dean of the College of Social and Behavioral Sciences.

Entirely unique to the UA and its partners, microcampuses operate at universities worldwide, where students earn degrees from the UA and the partner institution, typically in the time it takes to earn one. 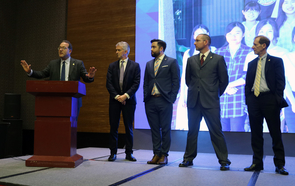 microcampus students may complete their degrees entirely in their home countries or seamlessly transfer to the main campus in Tucson. Eventually, students will have the option to transfer to other microcampuses worldwide that offer their degree program.

More microcampuses will open in the coming year, including locations in China, Southeast Asia, Africa and South America, delivering education in business, communication, cyber operations, engineering and the arts – all collaboratively with a network of partner universities.

“The idea has never been a series of bilateral partnerships between the UA and its partners,” said Brent White, vice provost for Global Affairs and dean of Global Campuses at the UA. “Rather, the vision is to build a powerful multi-university network to deliver high-quality transnational education, conduct research across borders and connect faculty across multiple 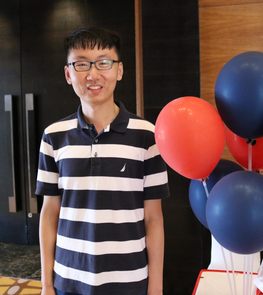 countries. It is an integrated network were we all connect, teach and solve problems together.”

At the microcampus in Qingdao, UA professors specializing in law and English teach alongside their counterparts in China. Students access UA resources and eventually join two alumni networks, that of OUC and the UA’s alumni base of 295,000 individuals worldwide.

microcampus students in Qingdao receive instruction in both Chinese and U.S. law, and in both civil and common law systems. Upon graduation, students may practice law in China, though many opt to continue their legal studies abroad.

Several graduates of the inaugural cohort received early acceptance to top law schools in China, the U.K., the U.S., and Australia to pursue graduate degrees. Xueda Qiu will begin a Master of Laws program, or LLM, at Northwestern University in the U.S. this fall.

“During the application process to Northwestern, they showed a lot of interest in the dual degree program between the UA and OUC,” Qiu said. “It was an adjustment at first to learn about legal thinking and writing from a different perspective, but the UA professors were very patient. Professor Woods knew exactly how to inspire us. The program also helped me with my writing in English and my communication skills with English speakers.”

Qiu thought he would study mathematics at OUC before discovering an interest in law. He hopes to discover more passions once he arrives in the U.S., where he might pursue a Juris Doctor or MBA.

“This program created so many opportunities," Qiu said. "My classmates and I can choose to pursue a license, another position or to further our education in the U.S. or China. We have more choices, so why not choose this program? It was a transformative experience for me.”